A community unites to save a girl from child labour

A community unites to save a girl from child labour 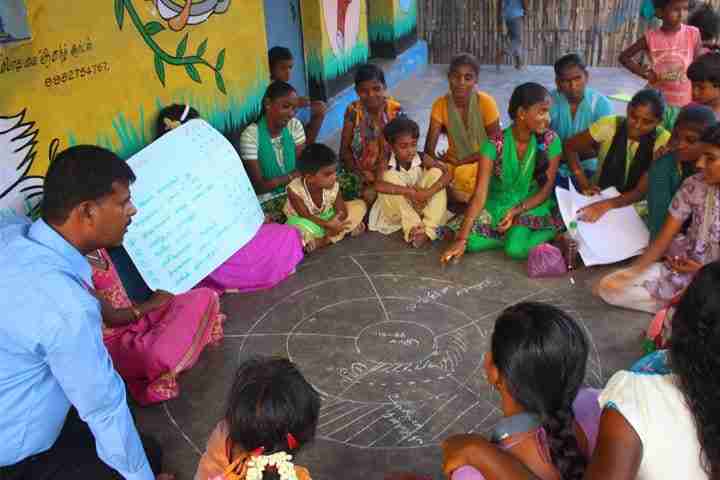 Sethulakshmi was in a difficult situation a few years ago when she lived in southern India with her younger brother and father, who suffered from severe asthma.

The 13-year-old wasn’t having her basic needs met and often felt hungry, tired and confused at school, leading to poor health and bullying by other students. Family issues and anxiety also affected her learning.

So, when a textile agent from Tirupur came to the teen’s village to recruit children for work, she was easy prey. In fact, she was encouraged by one of her friends who had already accepted work at the same place.

Sethulakshmi’s new life was not what she hoped. The food she was given didn’t have enough nutrients, so she fainted often, and, since she had little to no sleep, her eyes burned. One thing she was able to do while living and working away from home was call her sick father and tell him about her struggles.

Her father worried about her and shared her plight with his sister. Sethulakshmi’s friend overheard. So, when the friend joined a Children Believe group created to help children speak up for their rights, she raised the issue at a meeting. Her peers shared it with an older youth group who shared it with the leader of the Village Level Child Protection Committee and member of the parents’ committee — all formed with help from Children Believe.

Together, the community leader, along with six children from the other involved groups, brought Sethulakshmi home, after three years at the mill. Thankfully, one of her aunts was waiting to help her.

The teen was thrilled to have three meals a day and rest when she needed it. Sadly, her father died last year, but two of her brothers began caring for her, and now — after a three-year leave — the 16-year-old is back in school in Grade 8.

Meanwhile, the community discovered there were more than 50 child labourers in their village, and they’re working to save them, just as they saved Sethulakshmi. So far, 13 children under the age of 18 have been rescued. The fight against child labour in Southern India continues.