Learn about a project reducing maternal, neonatal and child mortality in Africa 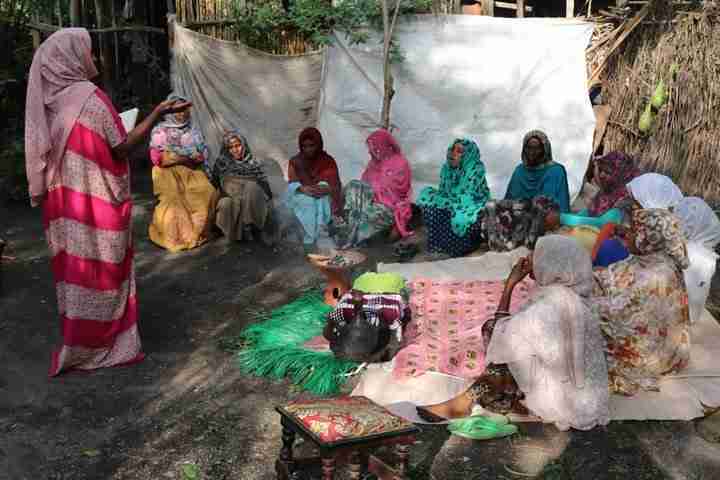 “I built a toilet in my home. I also clean my front yard daily to prevent the spread of disease,” says the mother-of-five who recently learned the positive impact good hygiene and sanitation have on her children’s health.

Like many in her Ethiopian village, Zewudie’s taken steps to improve her personal hygiene and the cleanliness at her home following sanitation problems in the village.

Children under the age of five were especially vulnerable to intestinal parasites, which can cause diarrhea, skin problems and upper respiratory infections. What’s more, studies show malnourished children often live in unhygienic conditions.

That’s why Christian Children’s Fund of Canada (CCFC) organized community health and sanitation training through the Canada-Africa Initiative to Address Maternal, Newborn and Child Mortality (CAIA-MNCM) project. Supported by the Government of Canada, the initiative focuses on reducing maternal, neonatal and child mortality.

Now open defecation is no longer a problem in more than 75 percent of Zewudie’s village. “For many years [we’ve] been trying to make our district free from open defecation, but we were not successful since many houses did not have toilets, and we did not have the budget to campaign and reach those living in remote villages,” said Mohammed Amiru, a local hygiene sanitation officer working for the government in the district. He noted that the project’s training sessions have helped make change.

The result? More than 40 influential leaders, health-extension workers, mothers and health professionals have learned about sanitation, including how to dispose of solid and liquid household and community waste. They’re also playing an active role in spreading the word about sustainable sanitation.

Since the training session, volunteers have led campaigns and made house-to-house visits to check the community’s progress. “I am encouraged by the changes we are seeing. Many have improved their existing toilets or even built new ones,” says Selam Tafere, a healthcare aide. “We are truly grateful for this project.”

Help support new moms in rural Ethiopian get the care they deserve. Learn how.

Check back for more success stories about CAIA-MNCM, which runs until 2020.