Working with our peers in Burkina Faso to spur positive change

Working with our peers in Burkina Faso to spur positive change 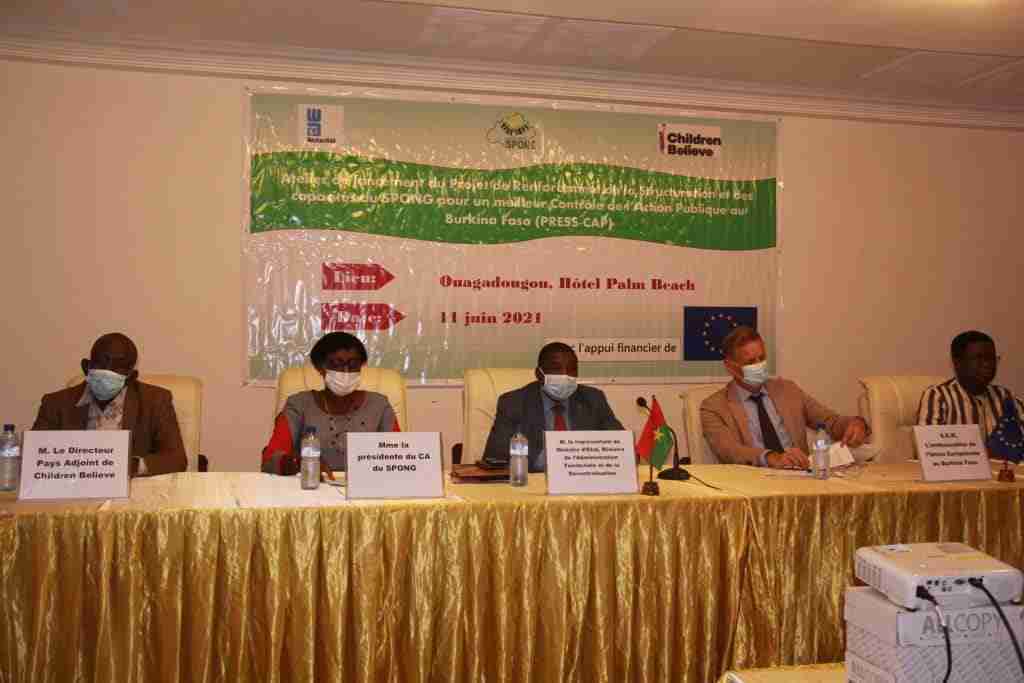 Although providing direct support to children and their families is a big part of what we do, working with peer groups to campaign locally, nationally and internationally is also very important to making lasting positive change.

So, we’re excited to hear Children Believe and SPONG, the Permanent Secretariat of non-governmental organizations (NGOs) in Burkina Faso, has launched a project aimed at providing tools to track government progress in meeting global goals and to monitor government commitments, so it can inspire progress in creating a better world for everyone.

The project launch was celebrated in Burkina Faso’s capital, Ouagadougou, in the presence of several authorities, including Wolfram Vetter, the head of the European Union in Burkina and Vincent Sawadogo, a representative for Clément Sawadogo, state minister.

We’re grateful to be part of SPONG, the most influential network of national and international NGOs in Burkina Faso. Formed in 1974, its 250 members connect the government to civil-society organizations. And, last summer, Christelle Kalhoulé, Children Believe’s director of West Africa, was elected to Chair the network for the next four years.

A key challenge will be strengthening the network at local (community) and regional (several provinces) levels to better guide government action to benefit the most vulnerable. That’s why the SPONG team has secured resources to position the group to make change. “We have that duty to make sure all our network benefits from good capacity-building at regional levels,” explains Christelle.

The initiative, funded by the European Union, will be implemented for 30 months. And, by the end of the project, six thematic groups will be set up to keep a closer eye on government actions by addressing issues such as, social protection, child protection, food security as well as water and sanitation, among other areas.

The network expects to create an action plan to ensure people’s needs are met effectively. At Children Believe, as well as at SPONG, this remains our commitment and duty.

Learn more about our work in Burkina Faso today.