Children gather to speak up for their right to education

Children gather to speak up for their right to education 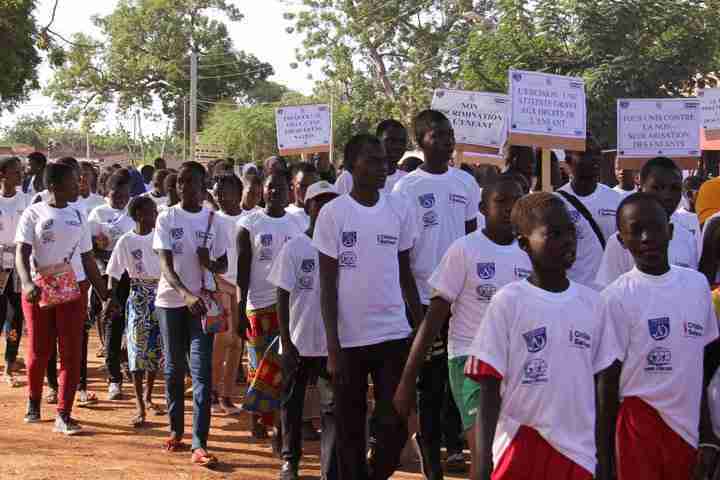 They’re clear about their intention: “We’re preparing for a march,” begins Judith Marie, one of the young leaders of the event organized by our local partners, AOG and CREDO. It’s an activity associated with a project equipping children with the knowledge to speak up for their rights. The young leader adds: “We want adults to know we want to be heard.”

Nearly 300 children, led by 20 young leaders, identify access to education as one of the main issues holding them back from realizing their dreams. So, they worked with our local partner’s teams to articulate the objectives of the march and forum. “First, we want to draw attention to the issue,” explains Brice, one of the advocates. “Second, we would like to share our thoughts on official messages to our main duty-bearers.”

As part of the event, children from the Oubritenga and the Ganzourgou provinces in Burkina Faso are gathering for a panel discussion, featuring messages from local government officials and questions from children. The goal is to help the younger generation learn more from the people charged with protecting them, while also noting what has been done so far, including mapping forms of violence in their communities to help improve the child-protection system.

The panel notes the high incidence of school dropouts, or children without any schooling, is due to child marriage, child labour, child pregnancies and violence against children, among other reasons.

State agency reports indicate a big part of the problem is poverty and ignorance about the importance of school. Thankfully, the young people understand such challenges jeopardize their future, and they’re calling on adults to ensure local children are enrolled in school until their sixteenth birthday.

Officials are encouraged by the outcome of the event. “[This] initiative is a good way to educate children in an organized and more disciplined way,” explains Stanislas Ouaro, the Minister of National Education, the forum’s sponsor. “And what children [ask]… is what the government is fighting for. This is why we fully support it.”

This is the second regional forum held by young people in Burkina Faso since last September, but a children’s national forum is set to convene at the end of the month. It will be another platform for children to speak up for their rights.