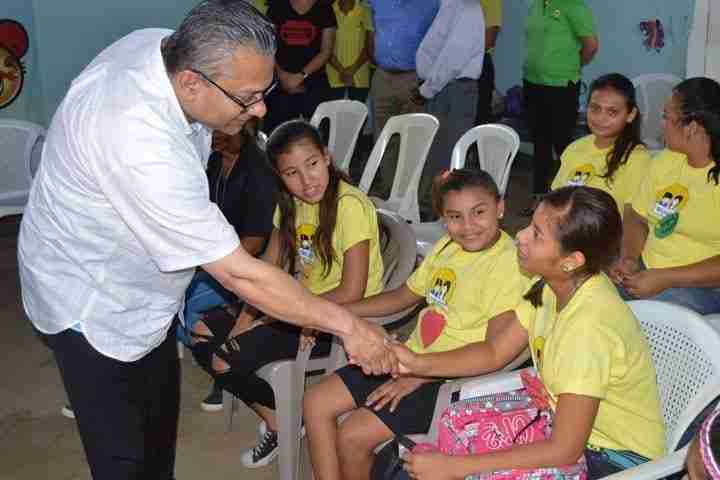 We’ve been talking about a specific global controversy for what seems like ages — on TV, the radio, the web, social media and around the water cooler, but it’s an age-old problem. And, putting up barriers won’t solve the systemic issue causing people to risk their lives to migrate from their homeland through unconventional, dangerous channels.

What’s missing from much of the reports is a conversation about the number of vulnerable children caught up in the shuffle — children escaping poverty, crime and violence in search of more opportunities. The scariest part? They’re alone.

Last year, nearly 60,000 unaccompanied children from Central America arrived at the U.S.-Mexico border, according to reports from the International Organization for Migration in Switzerland. That’s approximately 10,000 more than the average number of spectators who can fill Toronto’s Rogers Centre stadium.

Now, stop and imagine one of those children was your son, daughter, niece or nephew. Many of them are unknowingly risking further violence and exploitation on a journey that may expose them to kidnapping, trafficking, assault or worse.

That doesn’t sit well with me.

We can’t maintain the status quo. We must do more.

That’s why Christian Children’s Fund of Canada has joined with ChildFund International in the U.S. and Educo in Spain to launch the four-year $15.2-million Preventing Irregular Child Migration in Central America project with $12.6 million in support from the Government of Canada. The initiative aims to improve the well-being of children and youth from El Salvador, Guatemala, Honduras, Nicaragua and Mexico. This generation is at risk of leaving their country — in short — because they don’t feel safe. But, there’s more.

Consider the facts: outside active war zones, Mexico, El Salvador, Guatemala and Honduras have emerged as some of the most dangerous countries in the world, with homicides on the rise, reports the global Migration Policy Institute. Factor in the limited employment and educational opportunities and you have a childhood and adolescence that few of us can comprehend.

So, it was validating to hear Salvadorian Foreign Minister Hugo Martínez share his appreciation for the support received from the Canadian government, CCFC and Educo. We spoke before announcing the new project at press conference (pictured above) held in El Salvador last week, which also involved Imma Barral, vice-chair of the Educo Board.

We understand the answers may not come today (or even tomorrow), but we can start equipping children, families and communities with the tools to overcome these hurdles and pass on their new mindset to the next generation.

Between now and December 2020, we’ll be working with children and families to improve child-protection and violence-prevention programs in safe spaces; boost employment skills and career opportunities; and educate and encourage youth to become leaders in their community, influencing decision-makers about the issues scarring and impacting their childhood.

The project will benefit more than 230,000 people, including more than 140,000 infants, children and youth. More importantly, it will create a positive “new normal” in communities.

So, the next time you’re gathered around a water cooler and this subject comes up, change the conversation from an argument about policy to a discussion about how we can help keep tens of thousands of children #SafeAtHome.

Available in French, upon request