From homemaker to breadwinner, one mother makes a difference

From homemaker to breadwinner, one mother makes a difference

An Indian mom, entrepreneur and child-rights advocate makes positive change for her community 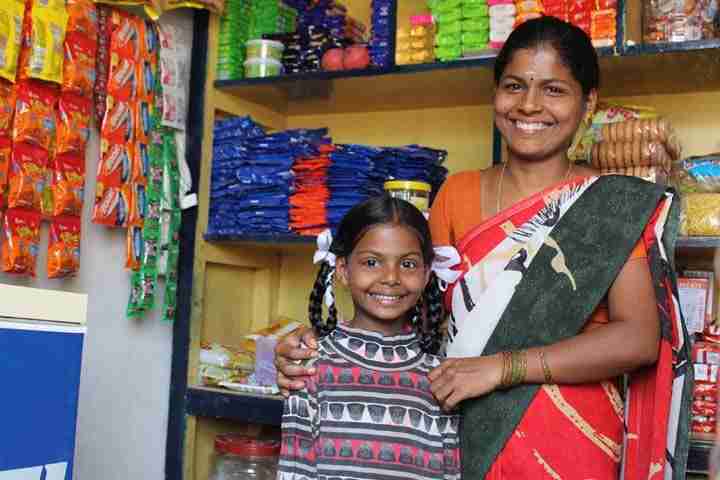 Anitha’s life got off to a rough start. Forced to marry at 15 to escape poverty, she had to drop out of school, got pregnant young and had trouble running a household as a teenager.

Life was a daily struggle. Anitha’s husband could only find work as a seasonal labourer, which made money tight as the couple’s family grew with the birth of two children.

Thankfully, there was hope through their daughter, Kusma, 6, who was sponsored by a Canadian donor through Children Believe and received regular gift money, which the family saved.

Before long, they had more than $500, which Anitha used to open a small general store in her home. Today, at the age of 21, she has become her family’s breadwinner.

Anitha was determined to make a better life for herself and her family, but her journey didn’t end there. She made a conscious decision to do more.

The empathetic youth began to attend Mother’s Committee meetings and Village Development Committee meetings held through my organization, a local Children Believe implementing partner called the Rural Organization for Poverty Eradication Services. She learned about gender equality, caste (or class) discrimination, women’s rights and child rights, and made it her mission to ensure no child would enter into a child marriage.

So, when she heard of two local children being forced into an early marriage, she stepped in. Anitha alerted her community and our team, so the nuptials could be stopped.

The young mom is a strong, independent champion for positive change, having overcome challenges through donor support. She is extremely grateful to have made a better future for herself and her family.