From single unemployed mom to businesswoman and supermom

From single unemployed mom to businesswoman and supermom

Find out how our supporters are ending the cycle of poverty 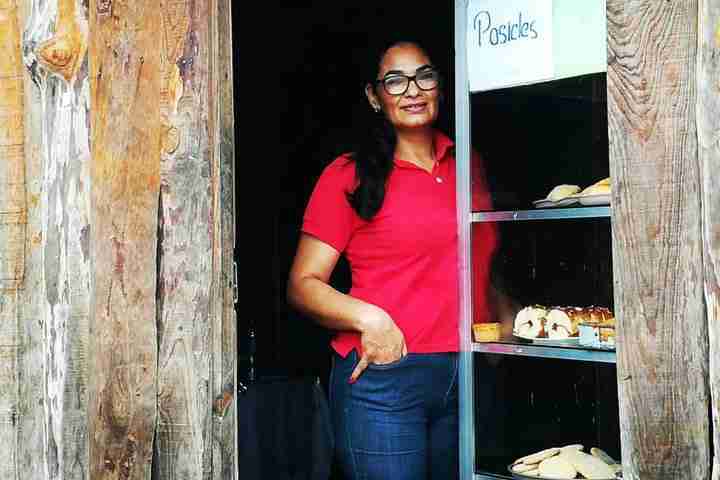 Being a single mother-of-three is hard anywhere in the world, especially when you didn’t complete school and don’t have a career.

Martha Cruz, 45, understands that all too well; the Nicaraguan’s first child was born when she was 18. And, although her husband verbally abused her, she was raised to be a good wife, be submissive and obey her husband.

Eventually she had enough. Ten years ago she left her husband, no longer willing to put up with his verbal abuse. That meant more hardship.

Martha’s husband took their household assets leaving Martha no choice but to move to Costa Rica with her oldest daughter and leave her youngest children in their father’s care while she found a job to support them.

She worked away from home for years, until she had enough of sacrificing time with her children and returned home to them. Of course, that wasn’t easy either; she was depressed when she couldn’t find a job and had no money to pay the bills.

The 21-year-old joined one of our women’s entrepreneurship projects to improve her job prospects after completing post-secondary education.

The project was created to empower 100 young women and men of Estelí through internships, workshops and two years of implementation through their businesses. The initiative sparked an idea for Martha and her daughter to start a bakery.

It was hard in the beginning. Martha didn’t have tools she needed, but her daughter received equipment, training and investment advice through CCFC, which she shared with her mother. Soon the idea began to grow into a business.

Martha admits she wanted to give up several times, but she kept focused, using the skills she learned, to open a bakery in 2015.

Today, the business supports her children, her parents and her grandmother. “Generating income to support my family is empowering,” she says, adding confidently, “Now, I am my own boss.”

But, the most rewarding part of Martha’s success is changing her children’s future, giving them the opportunity to go to university and achieve their goals — just like their mom.

Martha’s oldest daughter has a bachelor’s degree in civil engineering, her son went to school to be a dental technician and her youngest daughter is studying marketing at university and English as Second Language on weekends.

Martha feels stronger as a valuable member of society and “super mom.” She adds: “I’m a different woman. When I was a child nobody cared what I thought, what hurt me … but now I turned my children’s childhood around.”

You can help keep kids in school, so they can dream of a bright future. Give the gift of education today.