From the gold mine to the classroom

From the gold mine to the classroom 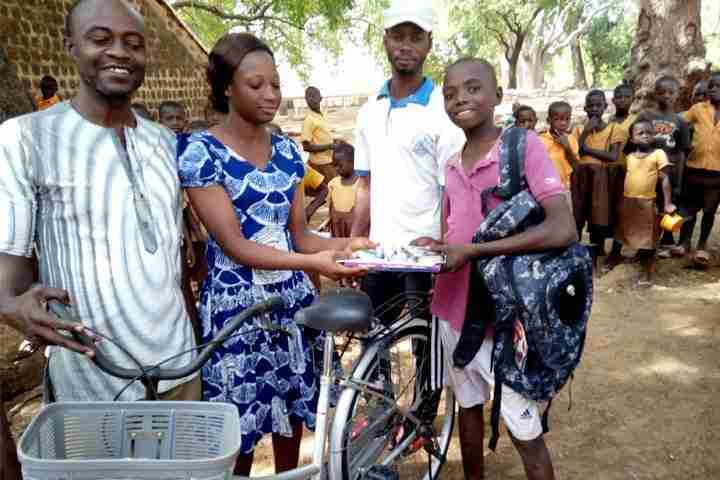 The sun is hot at noon in the Upper East region in Ghana. This is the time many people sit under trees and sheds trying to cool themselves from the hot sun. Yet this is when I saw Kwabena emerge from a gold mine. He had a flashlight strapped to his forehead, was covered in dust and was carrying a pail of stones.

Kwabena, 12, was living with his mom in the Upper East Region where he stopped going to school when his father died two years earlier. He was working in the mine to support himself and his mother on the equivalent of $1.50 per day. And, although he would always give his mom his earnings, he didn’t always make money; those days they would go to sleep with empty stomachs.

Kwabena was one of an estimated one-million children around the world who work in mines, according to reports from the International Labour Organization. It’s a hazardous job with exposure to chemicals while working in tight spaces underground.

It’s difficult, Kwabena admitted, showing me his palms filled with blisters and cracking skin. He talked about wanting to go to school, adding, “I don’t have anyone to support me.”

That’s where Christian Children’s Fund of Canada (CCFC), as part of a project in partnership with ChildFund Korea, stepped in to get Kwabena back to the classroom with a uniform, a bike to get to school, books and more.

Kwabena’s mother was also given seed money to start selling small items so she could meet her son’s needs and he could stay in school.

They couldn’t be happier. “It’s wonderful to see Kwabena go to school again. I knew it was not good for a child to work in a mine, but we were very helpless,” she says. “Now, thanks to CCFC, he has gone where he belongs.”

Kwabena is one of many children who’s been rescued from mining and given the chance to go back to school.

You can send a child to school today. Visit our gift catalogue to see how.