How a simple farming technique is fighting food insecurity

How a simple farming technique is fighting food insecurity 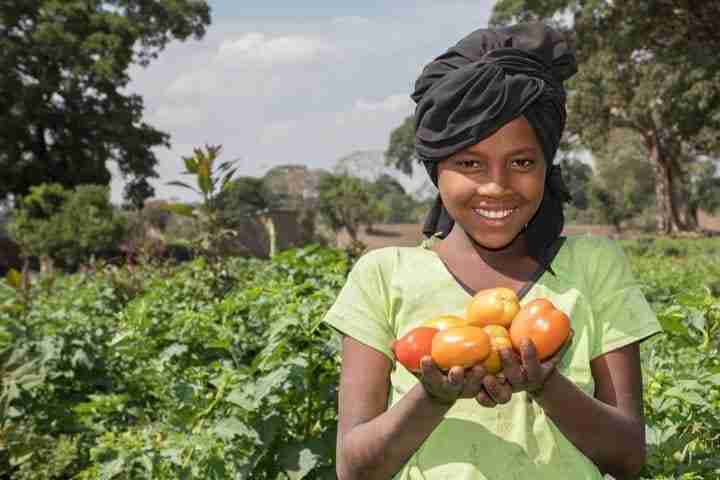 Eight-year-old Sefia holds a bunch of ripe tomatoes in her hands and smiles at the camera.

Nearby, her father adjusts a hose that brings water pumped from a local river to the field. The water flows down canals dug between the rows of crops. The technique, called flood-irrigation, is a part of a project reducing food insecurity in the drought-prone Langano region of Ethiopia.

In the past, farmers in Sefia’s community could only harvest once a year. Farmers required continuous support through government food subsidies to feed their families. Buying educational supplies or new clothes for their children was something few families could afford. Now, life is much different.

Thanks to generous monthly donations, and support from the Ethiopian district education bureau, farmers have formed three irrigation groups with 60 members.

Each group — trained on irrigation techniques and provided with two water pumps, fertilizer and improved seeds — now harvest three times a year and can maintain the water pumps. “The maize I used to produce was not able to provide me and my family with the food we needed for the year,” says Mustefa Ali.

“Now, thanks to the project, we farmers can produce vegetables such as tomatoes, onions, cabbages and red peppers. We are selling the vegetables in the market, and it is generating income, which I am sharing with 20 farmers in my group.”

Like Mustefa, Sefia’s father’s income has increased since using the new irrigation techniques. “My father could buy me and my two sisters new clothes. I am really happy,” she says.

Today, more than 650 community members are benefiting from the irrigation project and the year-round supply of crops.