How are women and girls in rural Ghana being inspired?﻿

How are women and girls in rural Ghana being inspired?﻿ 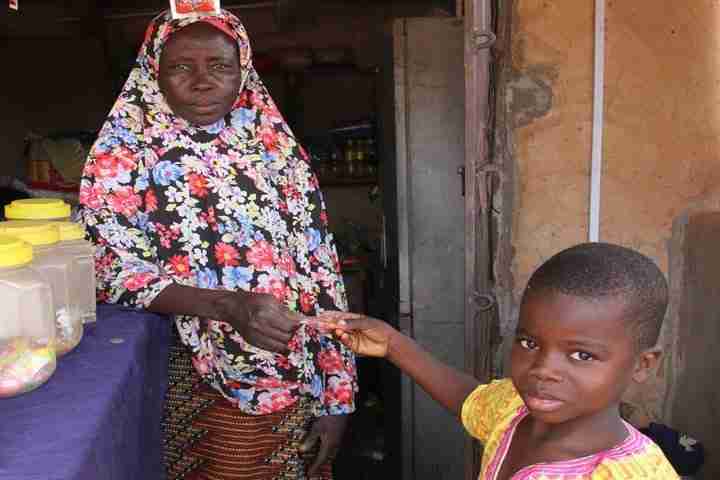 Adisa, 48, sits outside her shop made of mud and covered with a corrugated sheet-metal roof — it’s a source of pride.

As I approach with our program officer, a smile spreads across her face. The mother-of-five excitedly tells me she’s benefited from Christian Children’s Fund of Canada-supported (CCFC) programs since 2004.

Back then, she was dependent on her husband, which was difficult, particularly when harvest was poor. As CCFC began to work in the community, she secured small micro-enterprise credit and began to sell small items she could carry on her head. Then CCFC introduced a Village Savings and Loan Association, which she joined to access loans to finance her grocery store.

Although most women in her village didn’t go to school, they’re committed to ensuring their daughters get an education.

They don’t want their girls to be part of sad statistics.

Such stats from the United Nations Girls’ Education Initiative show 62-million girls are out of school. Yet, every extra year of primary school boosts a girl’s earning potential by 10 to 20 percent, while every extra year of secondary education improves their eventual wages by 15 to 25 percent, reports UNICEF.

It’s why Adisa and her peers agree that if more girls complete senior high school, more girls will be better positioned to help their community thrive.

“I cannot wait for that day when the majority of our girls will complete senior high school,” she says. Her friend Adamu agrees, saying, “The girls can become nurses, teachers and good managers in the community.”

Men and women are now working together to ensure girls in their community go to school and get the skills they need to succeed.

Adisa, Adamu and the women of their town are grateful to CCFC supporters for empowering them, narrowing the gender divide and giving them hope for the future.

Give a gift and empower girls today.