How can we help girls working in factories live their dreams?

How can we help girls working in factories live their dreams? 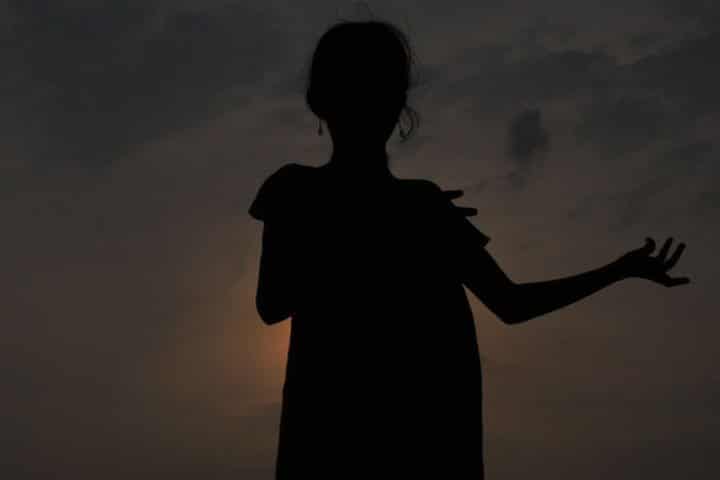 Slavery. It means you have no rights, you have no worth, and you work unendingly, even to death. Would you believe such a cruel fate exists today? Yes. Indeed, it does.

The plight of young child labourers
I recently spent the day with children under the age of 18 whose childhoods were crushed, dreams shattered, under the unbearably heavy burden, pressure and anxiety of working as child labourers in Tamil Nadu, India’s textile industry.

I specifically spoke to girls who shoulder an economic burden.

To set the scene: gender, coupled with caste (or class), ethnicity and socio-economic status significantly affect the position and role of girl children, leading to inequality and discrimination. They’re denied their right to education, impairing their future prospects and job opportunities, perpetuating the vicious cycle of poverty and exploitation.

Girls get sucked into slavery to escape poverty. This is possible, because child-protection measures aren’t in place. In fact, many teen girls from poor families in rural areas are forced to discontinue their studies as soon as they reach puberty. Self-appointed brokers lure vulnerable families with promises of employment, regular income and lump-sum payments for future marriages. In reality, children work under appalling conditions, amounting to modern-day slavery and the worst forms of child labour.

In other cases, families have debts, and their children are forced to work to repay them.

Pre-teens, 16-year-olds and many more youth, who don’t have a clue about their rights, were eager for someone to listen to their heartbreaking stories:

Rani* told me how she had to skip meals often, working 24-7 to repay the money her parents owe. Imagine: a child who should be giggling with her friends in school is deprived of food and basic amenities. She also shared how she was given pills to postpone her menstrual cycle. Those “vitamin tablets,” as they’re told they are, also cause harmful side effects, such as nausea.

Vimala*, another youth, recounted memories of factory supervisors who didn’t stop production when a girl’s hand was trapped inside a machine’s churning gears. Another child was possibly saved from death when her fellow workers cut her hair, which was caught in machinery.

So, it was little surprise when Vimala* told me the girls are not compensated for their injuries. In fact, they were told to work with bandages, cut off hands, fingers or worse — all without personal protective equipment.

And, that’s not all. These girls are regularly harassed physically, emotionally, mentally and sexually. They’re forced to work through coercion, mental or physical threats; are trapped and controlled by an ’employer,’ through mental or physical abuse or the threat of abuse; are dehumanized, treated as a commodity or bought and sold as ‘property’; some are physically constrained or have restrictions placed on their freedom of movement.

So, who’s responsible for this vicious cycle?

The state of industry in India
India is one of the leading global suppliers to the global and domestic textile industry. In fact, the state of Tamil Nadu is said to be the largest producer of cotton yarns in India and a global ‘sourcing hub’ for ready-made garment suppliers and manufacturers.

According to various reports, an estimated 1,500 mills are in Tamil Nadu, employing up to 400,000 workers to turn cotton into yarn, fabric and clothes, of which 60 percent are under the age of 18; most are also Dalit (from a low caste or class) women. An estimated one-third are employed through a fixed-term scheme.

The industry fuels exploitation and abuse of girls, so we work in some of these hubs, pushing for lasting positive change.

How we’re working to make lasting change
We asked ourselves, “How can we be part of the solution, creating a haven where girls can realize their dreams?”

We found that although there are laws to protect girls and young women from factory work, there’s a gap in practice and policy. So, we’re supporting multi-stakeholder partnerships to collaborate with the Tamil Nadu State Commission for Women to evolve a “Draft Policy for Workplace Safety, Security and Dignity of Women and Girls in Spinning Mills and Textile Industries in Tamil Nadu.”

Our partners, along with Tamil Nadu State Commission for Women, is working to ensure the guidelines benefit these girls. That means creating solutions to implement existing laws and polices so girls and women experience safety, security equality and dignity in the workplace. The policy is expected to be ratified by March 2020.

In the meantime, you can help by supporting our gift catalogue. Send a girl to school for a year, or make vocational training possible today. Give girls the power to dream of a future filled with possibility.

*(not her real name)

Children Believe works globally to empower children to dream fearlessly, stand up for what they believe in — and be heard. For nearly 60 years, we’ve brought together brave young dreamers, caring supporters and partners, and unabashed idealists. Together, we’re driven by a common belief: creating access to education — inside and outside of classrooms — is the most powerful tool children can use to change their world.