How CCFC is saving children from toiling in a gold mine

How CCFC is saving children from toiling in a gold mine

This World Day Against Child Labour, meet Robert, a teen who knows what it’s like to work in dangerous conditions 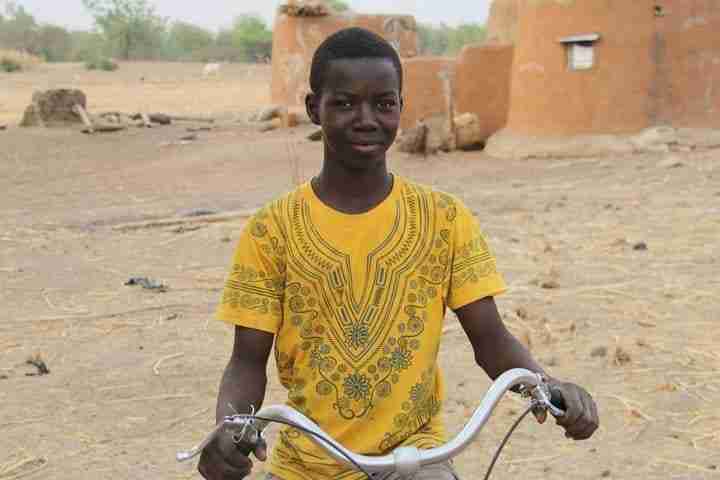 Protecting children — that’s what today’s World Day Against Child Labour is about. It’s why I work with youth like Robert who have no choice but to toil in a gold mine in Ghana, chipping away at their futures.

Robert, 15, lives about 14 kilometres from Sandema, the district capital in the Northern region of Ghana with his father and two brothers. Since the boys’ mother died two years ago, their father has had a tough time making ends meet as a bicycle repairman.

Robert had to step up and get a job to help. His work began early in the morning when he would head towards a nearby gold mine, one that’s not even licensed for operation.

The teen began his time at the mine carrying stones to be pounded into gold dust by other workers. The stones were heavy and made him weak, but he soon began pounding the stones, too — he had to help put food on the table for his brothers. “Pounding the stones is like pounding iron, it leaves blisters in my palm, and then it is very painful to hold any other thing,” he told me. The job was difficult, but he knew he would get $3 a day for his family.

Attending school became less of a priority. Locals even questioned why Robert was working with the miners, until they heard his story. It isn’t uncommon.

Robert is among a host of boys who work at the mine because of a conflict at home or the death of a parent. Sometimes they fall victim to abuse, use drugs or steal to supplement their income, possibly landing in jail.

Globally, nearly one in four children (aged five to 14) labour in work that’s “detrimental to their health and development,” reports UNICEF.

In Ghana, 24.7 percent of children between the ages of five and 14 work, 3.7 percent of those children labour in the quarrying and small-scale mining sector, according to reports from the Committee of the Rights of the Child in Geneva.

Fortunately, thanks to Canadian donors and our ChildFund Korea partner, animals have been distributed to Robert and other child labourers in his community. Now their families can raise the animals and generate enough income to keep their children in school.

After two years in the mine, Robert is happy to hit the books instead of the rocks. He’s working towards a brighter future.

You can keep a child, like Robert, in school through sponsorship. To learn more, visit https://childrenbelieve.ca/sponsor-a-child.