How families in need pay it forward in Ghana

How families in need pay it forward in Ghana

Find out how village-savings-and-loan programs are revitalizing communities 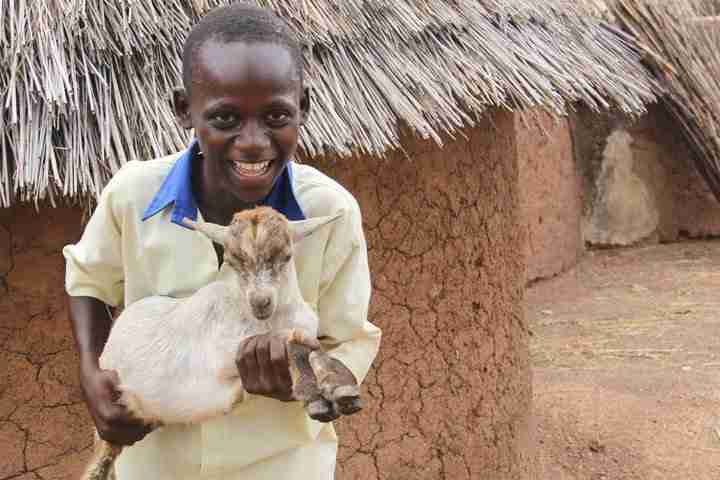 “I used to go to school without eating,” six-year-old Nashira tells me. “This gave me a lot of pain in my stomach.” She looks up at her mom shyly. “Sometimes, I followed classmates and begged for food. My mother didn’t like it. I couldn’t help it. I was hungry.” Nashira looks back at me and grins. “Now, I don’t worry about what to eat.”

It can be hard to imagine how a single gift can change a life. But, in Ghana, I’ve seen it many times.

Thanks to thoughtful people like you who gave through our Gifts for Good catalogue, I saw 87 crop farmers enrolled in a village-and-savings-loan association (VSLA) each receive a flock of three goats.

The VSLA members, including Nashira’s parents, have suffered severe hardship in recent years due to erratic rainfall and drought. The goats provide a secondary source of income and are an excellent source of protein.

Since the goats were distributed, they’ve reproduced. Twenty-nine new VSLA members have each been given three baby goats from the litters — the foundation of a herd. So far, 687 children have directly benefited.

Twelve-year-old Abdul’s (pictured) mother received three goats. It came at a time when Abdul wanted to drop out of school. He was ashamed of his tattered and patched school uniform and taunts from his classmates.

“One day I found a uniform in my room,” Abdul tells me smiling. “When my mom said it was mine I had tears in my eyes. That night I slept holding the new uniform, eager to go to school and show my friends.”