I’ve seen why child sponsorship is so important

I’ve seen why child sponsorship is so important

Follow Patrick’s story about meeting his sponsored child in India 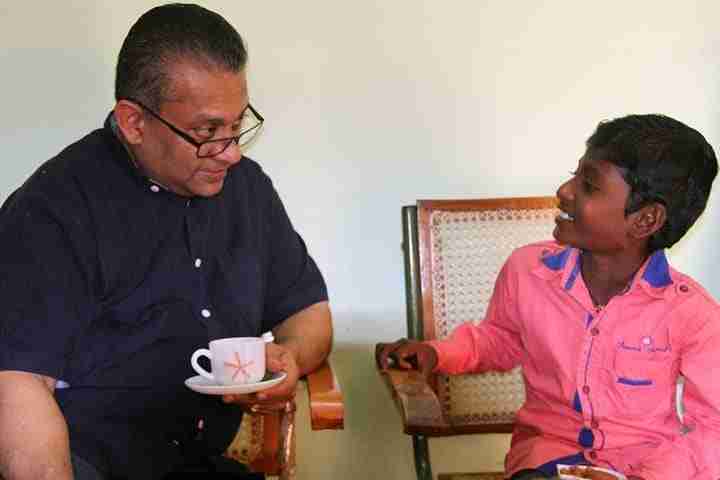 I’m lucky. Not everyone gets to meet their sponsored children, but I do, and I’ve seen the difference child sponsorship can make in their communities.

Kaviyasuthan is a great example.

When I met the (now) 11-year-old in India, we talked about his dream of becoming a police officer in a village where 10-year-old boys commonly dropped out of school to work as fishermen (for six months out of a year). This was a culturally acceptable phenomenon. Conversely, many girls dropped out of school due to daily chores, which required long journeys on foot.

When we began working with 600 of Kaviyasuthan’s family, friends and neighbours in 2010, we quickly learned villagers had limited resources to make informed decisions about child rights, education or healthcare.

A lot has happened since then. One good example of this is the creative learning centres we’ve developed with our local partners for children to attend after school. These places are safe spaces where children are empowered to improve their life skills as well as reading and writing in fun new ways. For example, physical exercise, games and more become vehicles for teaching language, science and math; now students who don’t relate to common memorization practices have a new way to learn.

The learning centres are a hit. School attendance is up, students are earning better grades and — most importantly — they’re becoming interested in higher learning, a new concept in the small fishing village.

Traditional education is such an important step, but, there’s more. Children and youth are also joining groups and attending training sessions to learn about their right to be protected from violence and exploitation, such as child marriages. And, health workers are counselling moms about keeping themselves and their babies healthy.

So, when I talked to Kaviyasuthan’s mother, I was thankful to hear her excitedly talk about how important it is for her son to pursue higher education, so he doesn’t have to work in a dangerous job, like on a fishing boat. She’s working hard to give him that opportunity.

If our community of supporters had not started work in the village, Kaviyasuthan may have had a similar fate to boys who went before him — boys who dropped out of school to work as child labourers. He may never have learned how child marriage is a harmful traditional practice that can keep girls from completing their education so they can have children before they’re ready.

Instead, his family and community are making decisions that will create positive lasting change. They’re building awareness about child protection, gender equality and encouraging children to go to school and speak up for their own change.

And, many more infants are surviving past birth with a greater opportunity to graduate school and dream fearlessly.

I’m glad Kaviyasuthan has a future filled with hope and possibility. That’s an amazing gift.