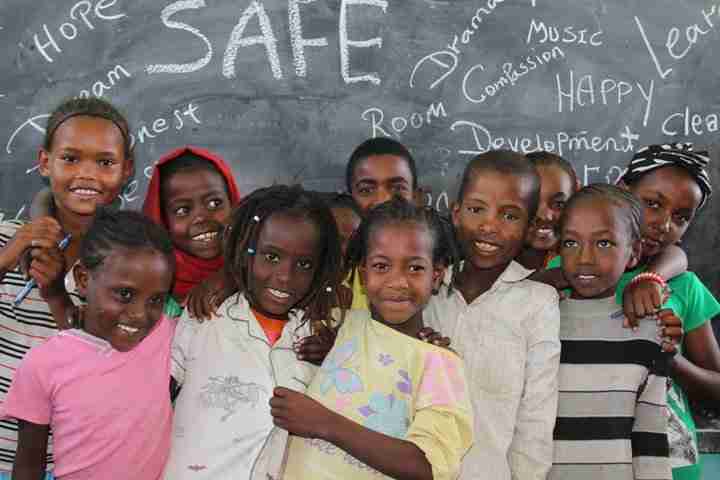 LONDON — The lives of millions of vulnerable children are at risk, because the majority of the world’s nations have failed to renew their commitment to children’s rights, six leading international child rights organizations have warned.

The agencies, represented by a coalition — Joining Forces — expressed dismay that only a handful of countries have made concrete commitments to advance children’s rights to mark the 30th anniversary of the UN Convention on the Rights of the Child on Nov. 20.

Less than half of all countries have so far adopted the “For every child, every right” global pledge to redouble action for children, at the invitation of UNICEF and the United Nations.

Worse still, less than 50 countries have submitted national pledges and almost none of the countries with the highest rates of child poverty and deprivation have made any commitments.

“There are millions of children who have been left behind,” said Meg Gardinier, secretary general of ChildFund Alliance and chair of Joining Forces. “For all we have achieved since 1989, their suffering is a grave breach of the promises made to children 30 years ago. It is imperative that states work with renewed vigour and urgency to realize the rights of all children.”

The six agencies urged governments to make specific policy commitments for children or pledge increased investments in areas such as education, health or social protection.

The UN Convention on the Rights of the Child is the most widely ratified international human-rights treaty in history. It has prompted substantial investment in children’s health, education and safety and the adoption of laws and policies that recognize the rights of children, particularly in areas where they are vulnerable, including labour exploitation, corporal punishment, alternative care and forced and early marriage.

However, the coalition expressed grave concern, that despite extraordinary advances in the last three decades, the lives of too many children remain blighted.

Patrick Canagasingham, CEO of Children Believe, a member of ChildFund Alliance, said: “Too many children are forced to miss school, many because they are abused or neglected and worse; others are dying due to preventable causes. And, consider the fact that approximately 12-million girls under the age of 18 are forced to marry each year. We can and must take action to effect real and sustainable change to protect vulnerable children around the world.”

Key factors include a lack of investment in critically important services. Most countries fall well short of spending the five to six percent of GDP needed to ensure universal coverage of essential healthcare.  And foreign aid, which many lower income countries rely on, is falling short in areas such as health and education.

Another factor, the report said, is the lack of quality data. Governments tend to rely on data that reflects national averages, making it difficult to identify the needs of specific children and to monitor progress. Comprehensive data collection and disaggregation of data by gender, age, disability and locality, are increasingly important as rights violations disproportionally affect disadvantaged children.

Existing statistics show poverty is still the single-greatest determinant of outcomes for a child. Children in the poorest 20 percent of households are 40 percent more likely than average to die before their fifth birthday. Young children in the poorest families as well as in rural and remote areas, are two to three times more likely to suffer stunted physical growth. And, children worldwide are twice as likely as adults to live in extreme poverty.

Joining Forces is an alliance of six leading international NGOs working with and for children under the age of 18 to secure their rights and end violence against them.

An Executive Summary of “A Second Revolution: 30 Years of Child Rights, and the Unfinished Agenda” is available here. For in-depth understanding of how failure to fulfil rights most affects marginalized children, read the policy brief “Delivering Progress for the Most Excluded Children.” It lays out the critical steps needed to realize the rights of the most vulnerable. The first of a series of policy briefs, it is available at child-rights-now.org/most-excluded-children.