New report highlights success of a program, which offers Central American children and youth opportunities to remain in their communities rather than flee violence

New report highlights success of a program, which offers Central American children and youth opportunities to remain in their communities rather than flee violence

Findings demonstrate encouraging results for a Canadian-backed migration project as the U.S. takes steps to cut similar aid to the Northern Triangle countries 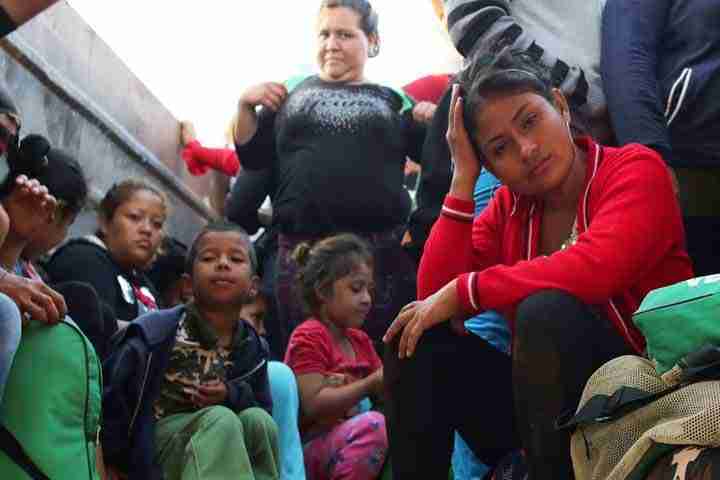 MARKHAM, Ont. — Preventive measures such as skills-training, violence-prevention training, safe spaces as well as changes to government policies and programs are providing Central America’s young people with alternatives to migration, according to a new report released today by the ChildFund Alliance. Early Learnings of PICMCA: A Promising New Approach to Preventing the Crisis of Child Migration in Central America shares encouraging findings on the root causes of irregular migration of children and ways to keep young people from fleeing their homes.

The $15.2-million Preventing Irregular Child Migration in Central America (PICMCA) project, which launched in spring 2017, uniquely focuses on establishing measures to prevent child migration from the most at-risk communities in the three Northern Triangle countries of El Salvador, Guatemala and Honduras as well as Nicaragua and Mexico. The project, which is funded by the Government of Canada, is halfway through its four-year timeline. The report comes as the U.S. government has announced plans to cut aid to the three Northern Triangle countries and amid threats to close the U.S. border with Mexico.

Led by ChildFund Alliance member Christian Children’s Fund of Canada (CCFC), in partnership with Educo (Spain) and ChildFund International (U.S.A.), the project targets 129 of the region’s most dangerous communities. It is expected to benefit a quarter of a million individuals, including 130,000 children and youth, when it concludes in early 2021.

“The Alliance supports PICMCA, because it is working to mitigate the dangers faced by young people on the move, which include abuse, exploitation and dehydration,” said Meg Gardinier, secretary general of the ChildFund Alliance. “If we provide safe alternatives to them, we can improve the lives of children and youth by removing conditions that drive them to leave their homes.” Gardinier oversees ChildFund Alliance’s secretariat office, which provides support to 11 members operating in more than 60 countries to end violence against children.

“Denying aid is not the way to stop people from leaving places they are forced to flee,” said Patrick Canagasingham, CEO, Christian Children’s Fund of Canada. “PICMCA is empowering young people to play a direct role in transforming their own communities from dangerous environments to safer, healthier places where children, youth and families can see a brighter future for themselves.”

The number of immigrants from PICMCA’s target countries has grown precipitously over the past decade, outpacing any other region, according to data by the Pew Research Center, which is cited in the report. For the past two years, the project has examined the causes that drive children to flee these countries to embark on a risky, 4,000-kilometre journey to the U.S. border. All five nations are highly vulnerable to the root causes of irregular migration and have populations of children and youth at great risk of migrating. In a global survey of children and young people, more than 35 percent of Latino respondents said violence is the main cause of children fleeing their home country.

“Children witness horrific scenes: the killing of their parents, the rape of their sisters, the forced disappearance of their friends,” noted Marta Santos Pais, UN special representative of the secretary general on Violence against Children at a ChildFund Alliance and UNICEF forum on the irregular migration of children. “They are exposed to street crime and community violence, systematic extortion, and harassment by gang members within their schools and neighbourhoods. Thousands have left school to get away from gang threats, harassment and the risk of forced recruitment, all especially tragic when you consider their dream is simply to grow up in a place of safety,” she said.

Eight years ago, the typical age of unaccompanied children detained at the U.S. border had been mid-to-late teens and overwhelmingly male. Today, children under 12 are the fastest growing group and nearly half are female, according to research cited in the PICMCA report. A UNICEF study notes this issue is especially acute along the Mexico-U.S. border, where children comprise roughly one-third of those apprehended.

“We are facing an unrecognized humanitarian crisis that is unfolding on the doorstep of the United States and Mexico,” said José Maria Faura, Educo’s executive director. “It requires coordinated attention and effective actions from governments and their institutions as well as from civil society.”

“U.S. policies toward the irregular migration of unaccompanied children suffer from a focus on the symptoms, rather than the causes,” said Anne Lynam Goddard, CEO and president of ChildFund International. “Policy engagement in the U.S. is critical, as it further strengthens the understanding of the problem as well as solutions, which public dialogue, advocacy and action can present,” Goddard noted.

While most efforts to address irregular migration focus on immigration rules, costs and dangers, PICMCA explores ways to improve the lives of at-risk children by removing factors such as violence and lack of opportunities, which are driving them to leave their homes. The project uniquely focuses on establishing preventive measures such as violence prevention training, the creation of safe spaces, skills development, stronger child-protection services and reforms to government policies and programs. In addition, the project works with youth to empower them to drive improvements in their own communities. To develop positive and sustainable change, PICMCA partners with national and provincial governments, regional administrators and non-profit networks.

“PICMCA uniquely brings together employability and prevention by providing youth with options other than migration,” said Philip Tanner, senior director, policy & government relations, Christian Children’s Fund of Canada. “By helping youth develop essential life skills in addition to job training, PICMCA helps build confidence and generates hope among participants that they can transform their communities and attain a brighter future for themselves by staying, rather than fleeing,” explained Tanner.

Throughout the Northern Triangle, early indicators show PICMCA is making strong advances. The project has launched more than 30 new, community-based violence-prevention programs and trained more than 1,600 national and municipal decision-makers, community leaders and NGO personnel in child-protection and violence-prevention. It also is training children and youth with in-demand skills, establishing alternative education options for those who would otherwise drop out and making investments in entrepreneurship, with seed funding for small businesses and mentorship programs.