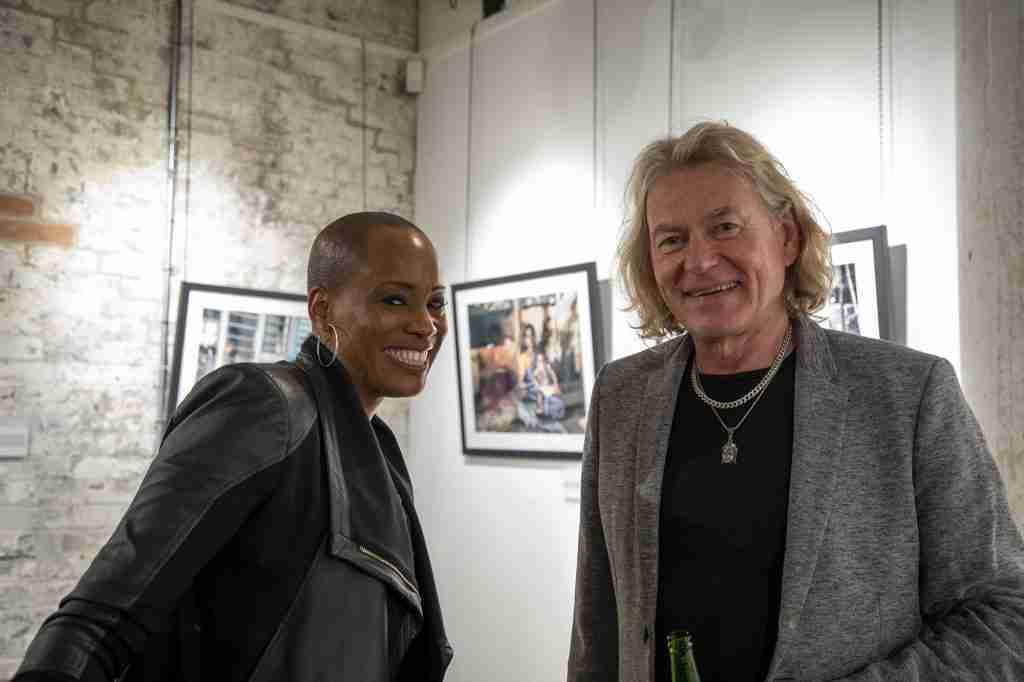 The soulful eyes of a young Nicaraguan girl watched over a packed house of supporters at the Children Believe Photo Exhibition opening reception, a photo displayed among 30 diverse images, taken by documentary photographer Juris Kornets (above, with CCFC donor) for Christian Children’s Fund of Canada (CCFC).

Part of the CONTACT Photography Festival, the exhibition is at Arta Gallery in Toronto’s Distillery District until June 7. It features images depicting life in six countries, over four continents, where CCFC operates sponsorship programs to support children and youth who dream of a better world.

“Thanks to Juris, this exhibit provides a glimpse into the lives of children in vulnerable communities around the world. It’s both heartbreaking and hopeful,” said Patrick Canagasingham (below), CCFC’s CEO, at the opening reception, held recently. “Heartbreaking, because we live in a world where children deal with very serious social issues and harmful traditions, attitudes and practices. But hopeful, too, because of what we can do together to change that.”

He added that this is only possible through the generosity of all those who have come alongside CCFC through the years. “Many of our wonderful donors and partners are here today,” he said. “We’re exceptionally proud of the incredible role you play in helping children overcome obstacles to realizing their education, dreams and potential.” 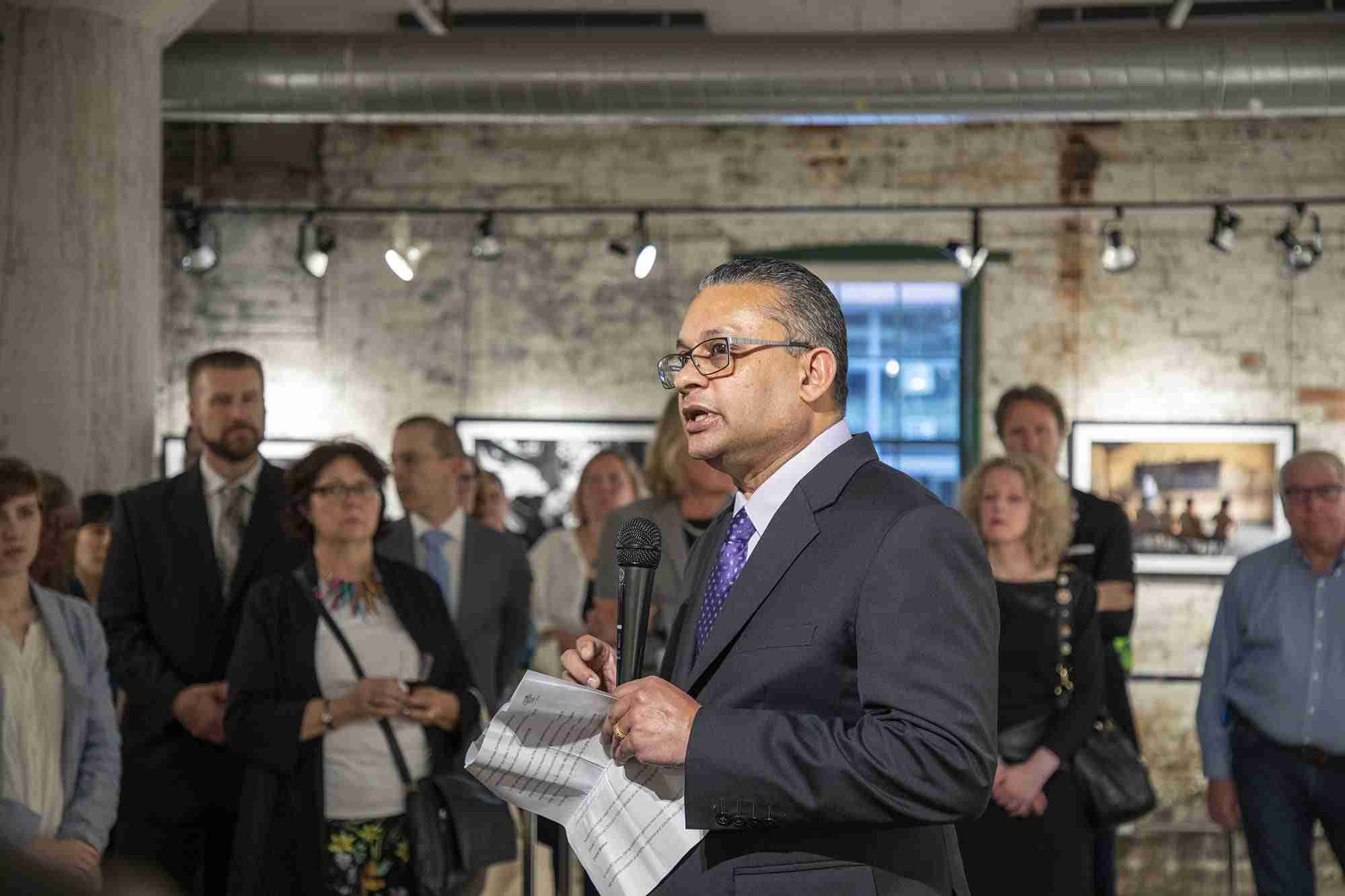 Kornets described the stories behind a few of the images he selected for the show and even instances he couldn’t bring himself to photograph. Each was a poignant example of the impact his work for CCFC has had on his life.

“I had access to areas, people and communities that most people simply would not be able to see in a lifetime,” said Kornets. “I remember in Ghana there was a pool of water, brown water. I could see worms swimming in it. A father scooped up this water and gave it to his young four-year-old daughter to drink. In India, I met young girls with scars on their wrists, who simply had given up the will to live, because they were forced into child marriage and a life of, essentially, slavery.”

As part of the event, Sid Wilson’s name was drawn as the winner of a photograph from the exhibition.

Watch the video from the event below. Proceeds from the exhibit benefit CCFC’s work.