Francesca has been helping kids through Children Believe for 50 years

Loyal supporters, like Francesca — a donor since 1971 — are the reason we’re making progress, and will continue to in the future.

Here’s how she’s helped and why she remains committed to Children Believe.

Can you describe yourself in three ways?

When did you first become a child sponsor?

In 1972. Then, in 2001, while coping with multiple family deaths, I decided to change focus from my own situation, to those less fortunate than myself. By doing this, it changed my life. All in all, [my support] grew [to include] 21 sponsored children and several funded projects.

How did you begin to expand your involvement with Children Believe?

As I became more familiar with the organization’s work, I realized I could make a greater impact than just sponsoring a child. The most basic needs of life are missing in certain parts of Africa — such as clean water. This inspired me to fund rainwater-harvesting tanks in memory of my late parents. At the same time, I sponsored a child in northern Ghana but never received his first letter. He was tragically bitten by a snake, while helping his parents in the field. I tried to visualize how the child died, presuming there was no medicine or access to care. Confirming this, I envisioned a small clinic would help this need, and thus began the idea for the Clinic of Hope. (pictured above; Keep reading for more on the clinic.)

Can you tell us more about how you’re supporting children through Children Believe?

I’ve paid for children’s education, provided six rainwater-harvesting tanks and constructed a medical clinic over nine years. I resigned after 17 years as a member of (Children Believe’s) corporation. I have less energy now, but I will help in other ways as I can. Over the years, I also encouraged other people to sponsor children. I gave them creative ideas on how to do so when they could not do it on their own. 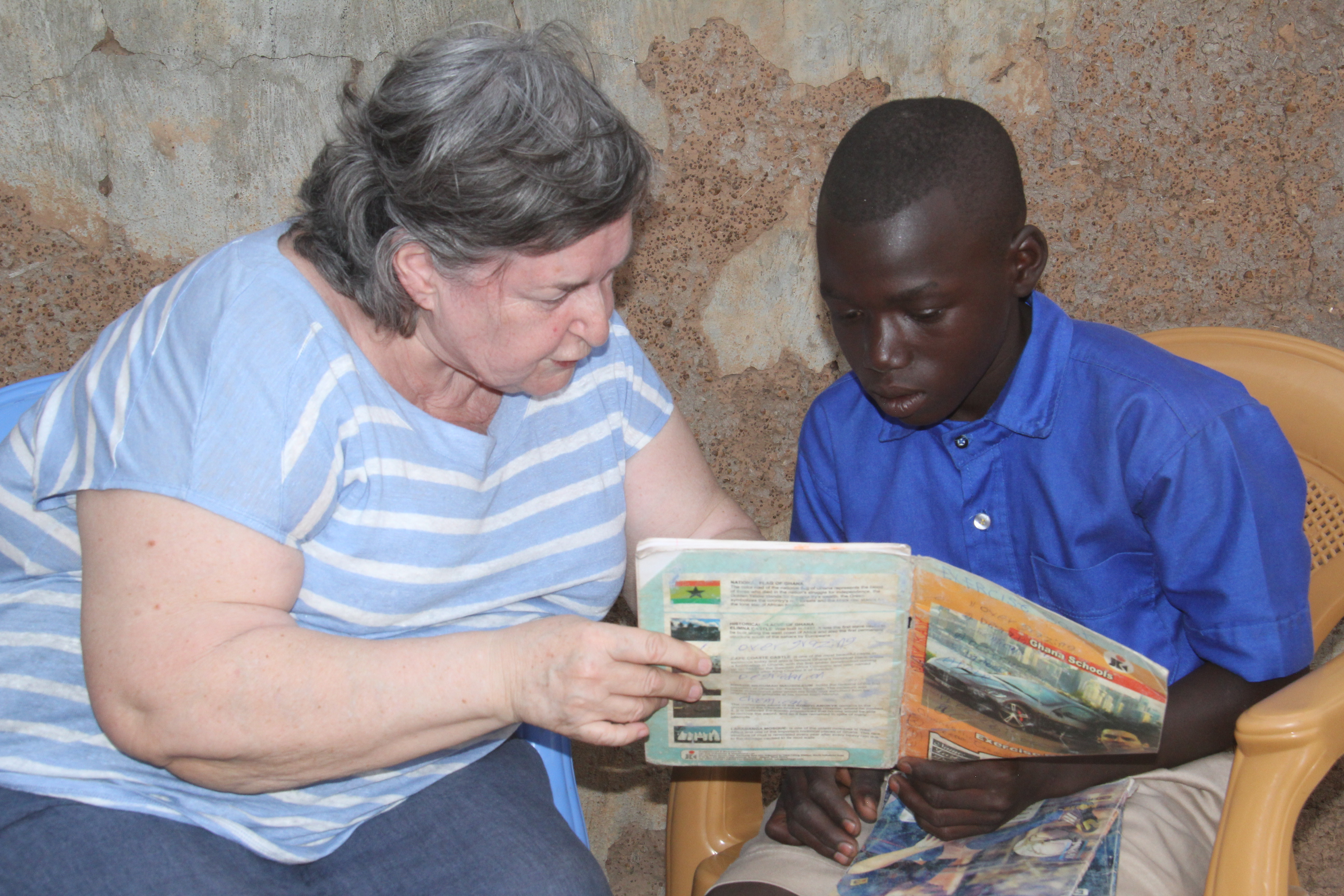 Where have you travelled as a child sponsor?

First Jamaica, then twice to Ghana.

What’s your most vivid memory as a Children Believe donor?

My sponsored child, Ricardo, in Jamaica. When I pulled a soccer ball from a bag as my gift to him his whole body began to shake. He could not speak. It was so emotional. I realized what I had brought was like a dream for him. Later, he wrote to say it was the first time he was able to play ball with his siblings.

Do you have advice for those considering supporting Children Believe?

Being a child sponsor is amazing. It helps a child get an education they might not otherwise have had, and it helps the child’s family. And, most importantly, it gives hope to the family that the cycle of poverty will eventually be broken.

There are many ways to support the charity. One example is when we started building the clinic. A donation came from some northern Ontario doctors with specific suggestions for how it should be used. That donation helped fund some of the clinic’s medical equipment.

Another is the Gifts for Good catalogue. Whether it’s chickens or a goat, children love watching them grow and earning income for the family.

Finally, hope is the priceless gift you receive when you sponsor. When you read a child’s letters and see they are healthy and happy to be learning.

Learn more about how you can help today.