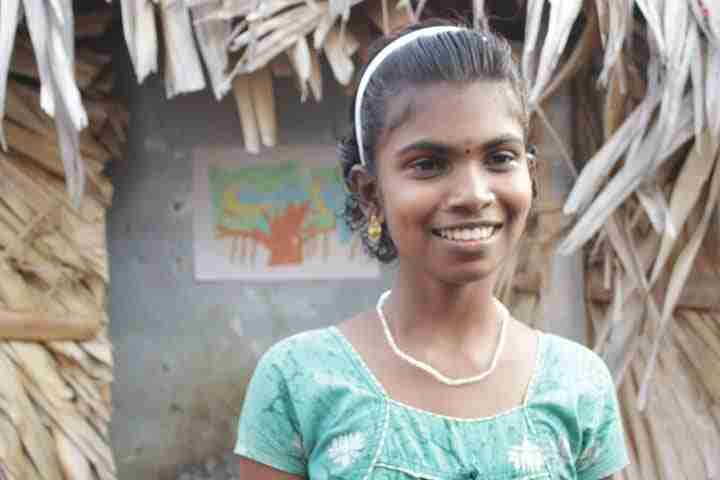 Life has been tough for Umavathy (Uma) and her family. Her father moved away from the family home in coastal India to find work at a fish factory, and her mother was a casual labourer. It was a struggle to keep afloat.

Thankfully, their three children — all exceptional students — were destined for brighter futures.

Then Uma was diagnosed with cerebellar tumours.

First, the 12-year-old suffered with stomachaches and vomiting, which developed from mild to severe. A visit to a local health centre didn’t help, and then Uma’s symptoms changed. She began to lose her balance and developed a very slow heartbeat and excruciating headache. It was then that a MRI and CT scan revealed she had two brain tumours.

It didn’t end there. Next, one of the tumours began to diffuse, and Uma’s vision became impaired. It was clear two surgeries were necessary — the surgeons began the first immediately to remove the ruptured tumour, and the second was scheduled to remove the malignant growth, after allowing time to recover from the initial trauma.

Luckily, the family had saved gift money from Uma’s sponsor, which was pooled with funds from a community collective, for the first surgery. Afterward, as preparations began for the second operation, our support was combined with funds our local partner, PAD, found through Uma’s relatives, her community and their own staff.

As the local program officer of sponsorship, I was moved by the helping hands coming together to mitigate a family’s pain in the true spirit of humanity.

Travelling overnight for hospital visits has been difficult, but there’s been good news, too. Even though Uma missed school when she was sick, the bright student wrote her final exam and graduated to Grade 8.

Better yet, now 14, Uma is recovering well and getting back to herself — drawing and winning community and school prizes for her work.

The family’s calm, positive demeanour continues to touch my soul, as does Uma. She’s as determined as ever to become a civil-service officer. My colleagues and I are confident she’ll reach her dreams.