Sponsors don’t just help a child live, they give them confidence to succeed

Sponsors don’t just help a child live, they give them confidence to succeed 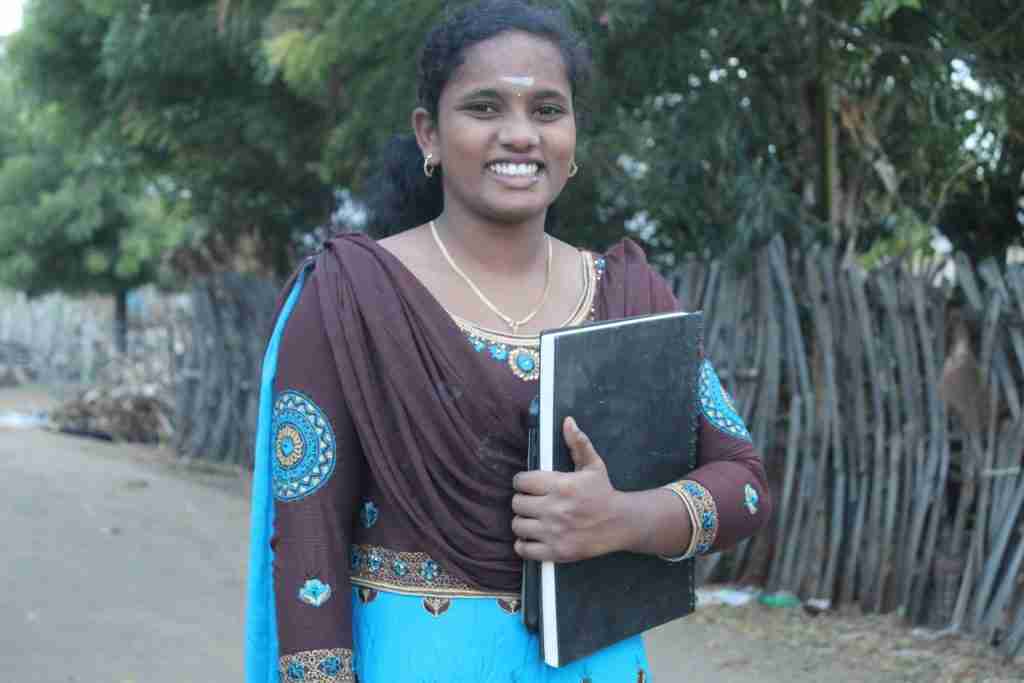 Many supporters ask what happens after a child graduates from our  sponsorship program at the age of 18. I can tell you every case is different, but each of our donors make a lasting difference in children’s lives.

In my sponsorship work, I’ve been awestruck by the kindness and compassion I’ve witnessed answering special supporter requests in India. These enquiries make it possible for me to share the following three memorable success stories.

The proponent for dollars and sense

After eight years of planning, Anitha’s (above) sponsors made the trip to visit her in 2018, 13 years after they started supporting her. They left telling us “their faith in humanity had multiplied.”

It’s little surprise the sponsor-child relationship grew after that trip. And, as Anitha approached her school graduation, savings from sponsor gifts helped her pursue a bachelor’s of commerce. The 19-year-old is now in her final year and already working towards her masters.

Anitha shared how she had the perseverance to study and do well because her sponsor believed she could. She remembers feeling special and valued, a confidence that serves her well as the secretary of the Child Rights Protection Forum, a local group created, with support from Children Believe, to help keep children safe. Anitha’s group has stopped 26 child marriages and rescued 65 bonded child labourers, among other victories.

Geetha (above) always wanted to be a nurse.

That dream was something Geetha’s sponsor held close, following up to learn more about how to make it possible, six years after the relationship began. So, when the eager student finished high school a year later, her sponsor researched nursing, sharing her feedback with me as we discussed course structure, fees and logistics.

Today, thanks to the guidance, support and commitment of her sponsor, Geetha’s childhood dream is coming true. The 19-year-old student is on the verge of completing a diploma in nursing and becoming financially independent.

The passionate voice for justice

Muhila (above) worked hard in school, thanks to financial and emotional support from her sponsor.

Although it was challenging, the steadfast support encouraged Muhila to push ahead. “The positive encouragement, trust and support gave me the courage to step into the unknown,” she said of her sponsor who’s been a positive influence in her life for 10 years.

Today, the 19-year-old is working towards her bachelor of arts in English literature, which she expects to complete in April. After graduation, she hopes to study law, become a lawyer and pursue justice for the most vulnerable and unreached.

Each of these girls reminds me of the power of sponsorship, not just for providing financial support, but also for mentoring children to believe they can reach their dreams.

Become a sponsor today or learn more about inspiring confidence in your sponsored child through letter-writing.