We must stop child marriage to foster thriving communities

We must stop child marriage to foster thriving communities

Isn’t it an affront to human virtue when a 6-year-old girl marries a 23-year-old? Isn’t it heartrending when a child bride marries an elderly man and becomes a mother to three to four children? What about the myth in India that says you can cure sexually transmitted diseases by having intercourse with virgin girls?

The facts about child marriage

The world sees 12-million girls under the age of 18 marry every year. It’s estimated 27 percent of girls in India are married before 18. Furthermore, India’s National Family Health Survey 4 indicates seven percent of women between age 15 and 19 become mothers or conceive. Meanwhile, it’s a violation of a child’s rights for a girl to marry before 18 and for a boy to marry before 21.

Despite laws to the contrary, I’ve seen children sold into wedlock and treated as burdens to their impoverished parents.

How child marriage affects girls and the world

Child brides face mental, social and psychological stress leaving them vulnerable to exploitation, violence and poverty, which deprives them of education, health and nutrition.

What’s more, girls who give birth before the age of 15 are five times more likely to die than new moms in their twenties. The risk extends to their offspring who may not receive adequate nutrition, stimulation or care. It’s easy to see how the cycle of poverty is perpetuated: 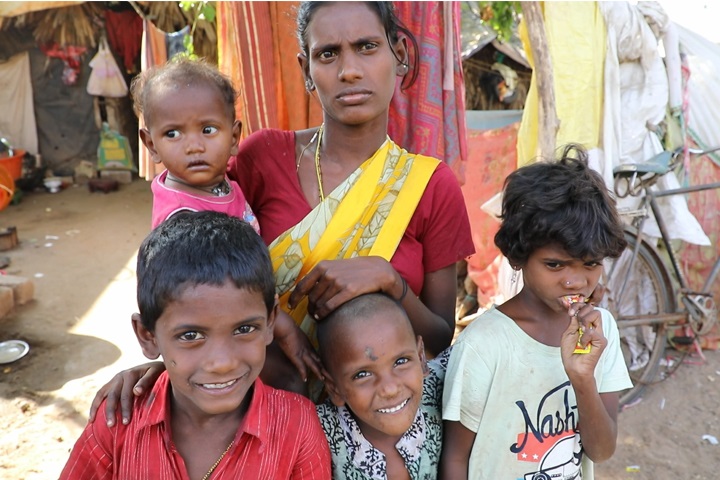 How the world is fighting back

Gender equality is the United Nations’ 5th Global Goal (or Sustainable Development Goals) for change. The target focuses on “eliminating all harmful practices, such as the child, early and forced marriage and female genital mutilations,” by 2030.

It’s such an important goal, as child marriages hinder the progress of eight other Global Goals:

How Christian Children’s Fund of Canada is preventing child marriage

At Christian Children’s Fund of Canada, we’ve spent the past three months piloting a three-month campaign designed to shift the public’s mindset about child marriage. It united 72 civil-society organizations and seven government departments in three states in India to spread awareness about the issue to more than 1.2-million people.

Our hope for a girl’s future

Children are hungry to realize their potential. Let’s work together to give them thriving spaces free from violence and discrimination, so we can stop child marriage now! If we don’t, millions of girls will continue becoming child brides.

You can help. Visit our gift catalogue, and search under our Empowering girls category to find gifts designed to help girls realize their rights.