How CCFC is preventing child marriage at its core

How CCFC is preventing child marriage at its core

In a rural primary school in Tamil Nadu in India my Grade 5 class had 16 boys and two girls. Two months into the year, my female peer dropped out. Our teacher matter-of-factly told us our former classmate got married.

I couldn’t believe what I heard, and, as a 10-year-old, I didn’t understand why this happened. Explanations baffled me. By the time I reached college, I learned early and forced marriage was “normal.” There were no heated debates, and there was no public outcry — only muted silence and tears shed in private.

In the past decades, I’ve spoken with many girls who believed they had no choice but to listen to their parents and get married.

What’s the issue and how has it evolved?

An estimated 27 percent of girls in India are married before they turn 18, according to the country’s fourth “National Family Health Survey.” Why does this happen? Many families would rather pass on their ‘burden’ to another family before she dishonours them by choosing a partner who isn’t caste- or class-appropriate.

This continues despite updates to human-rights codes nationally and globally.

When India ratified The Convention on the Elimination of All Forms of Discrimination Against Women in 1996, it took exception to ‘cultural practices’ (Article 5 and 16). The government did not want to interfere with a community’s social practices such as early and forced marriage.

On the 30th anniversary of its “Declaration of the Rights of the Child (1959),” the “United Nations Convention on Child Rights” was adopted by its member states (1990). A decade-and-a-half later, the Indian Parliament enacted the “Prohibition of Child Marriage Act (2006).” Eleven years later, early and forced marriages continue.

India is one of the fastest-growing economies, has an ambitious space program and quite remarkably eradicated polio from its population. Yet the invisible patriarchal and caste (or class) structure remains. It’s a structure that assumes all humans are not born equal and don’t have inalienable fundamental rights. Governed by social norms, practices and beliefs, this mindset thrives. 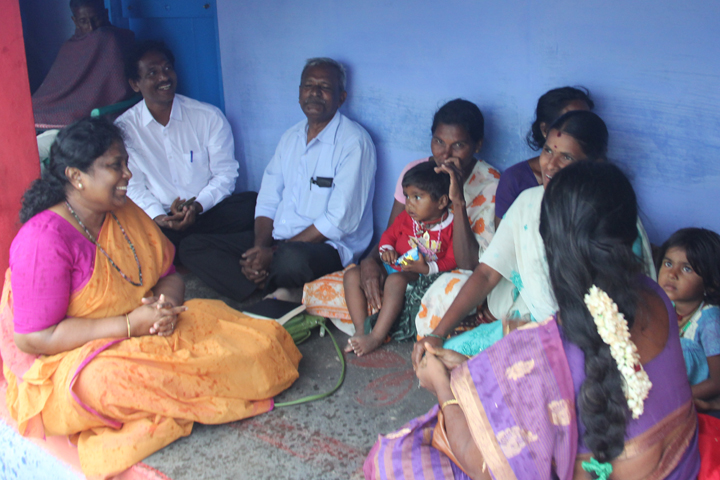 Ending violence against children is important to CCFC

At Christian Children’s Fund of Canada, we see the unfathomable suffering of children forced into marriage — they are denied education, face domestic violence, suffer from complications related to early pregnancies and much more. We believe every child deserves to be safe, have an education and grow up to become a healthy adult.

The key is changing the attitudes and behaviour of community leaders, government officials, teachers and the public.

We start by ensuring government-established child-protection systems are effective by making children aware of their rights and become involved in decisions that affect them.

We work with men and boys (who hold the power) and empower women and girls, raising awareness that child marriage is a form of violence against children. We work within institutions such as state and national child-protection bodies to remove bias against women and girls.

We recently collaborated with Tata Trusts (a local non-governmental agency) and Google India to reach 700,000 women, across 4,000 villages in Tamilnadu, building awareness about dangers associated with forced and early marriage.

No single organization has all the solutions to address a complex issue such as child marriage. So, we collaborate to build alliances with community leaders, children, thought leaders, government-protection mechanisms, the private sector and research institutions to bring lasting solutions.

These days, I’m glad to hear more stories about girls who stand their ground, refuse marriage and continue their education.

I’m especially proud of young women like Jayanthi. Formerly part of our program, she refused early and forced marriage and is now a nurse. She was even part of a campaign that gave her the opportunity to be Consulate General of Canada for a day.

Change is coming. It will just take patience and perseverance. We won’t give up. We welcome you to join hands to make a difference. Every girl deserves our attention to reach her full potential.

Sponsor a child today, and help spread the message of hope.