Sponsor reunites with his sponsored child in Paraguay

Sponsor reunites with his sponsored child in Paraguay

A recap of CCFC’s Rise and Shine Facebook Live series 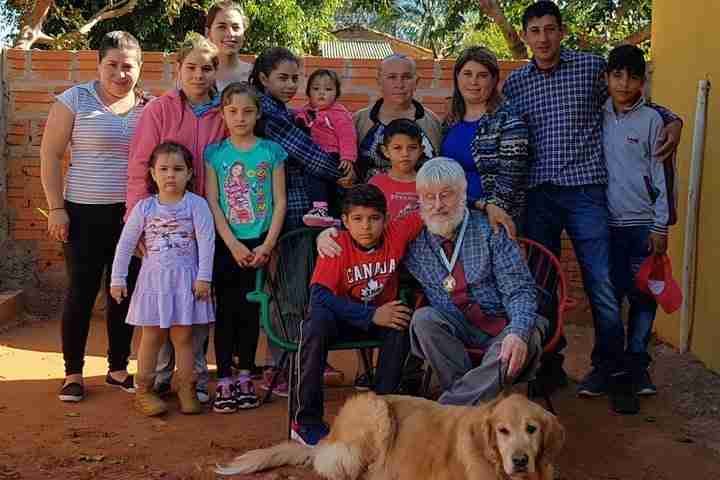 This episode of our YouTube Rise and Shine series features child sponsor Sir Sean Madsen. The former guest promised he would return to the show after visiting his sponsored child, Marcos, in Paraguay for the second time. And, he is back. This time we sat down with him (and his guide dog, Sammy) in his hometown of Port Perry, Ont.

Here’s what you’ll see in this episode:

Sean compares his two visits to meet his sponsored child

“When one does something for the second time it’s not quite the same experience, it tends to be a little bit of a letdown. In this case it certainly wasn’t,” he said.

Sean talks about how his second trip was just as impactful and miraculous as his first. He talks about visiting Marcos’ school and even has a story to tell about the shirt he wore.

Marcos is taking English lessons. In fact, they hope the next time Sean visits they won’t need an interpreter.

The ruff stuff: the guide dog’s trip (Watch below at 04:19 minutes)

Sean’s guide dog, Sammy, is even more famous in Paraguay than he was the first time. The local news got hold of the story and filmed the pair entering a restaurant in a country where there are no seeing-eye dogs.

Stay tuned to the end of the show (below) for a highlight package of Sean’s trip.

See you next time!